Eight groups of eight people are photographed on one day, every hour from 9 to 5.

Aëgerter is an uncommon surname in the Netherlands and she frequently has to spell her name. For her work A.E.G.E.R.T.E.R. a series of eight C-prints and a multiple, she invited eight people whose first initials make up the letters of her surname. Lined up from left to right are an Anton, Eduard, Gerard, Eduard, Richard, Theodoor, Eduard and Richard, the usual names to spell with in Dutch.

Laurence Aëgerter divides her time between the Netherlands, France and Germany. She herself as it were represents a junction of three countries. Displacements involve translations. Each environment demands a suitable form of language adapted to the occasion. Translations imply that you can always change the code. 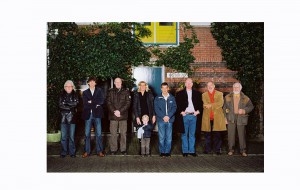 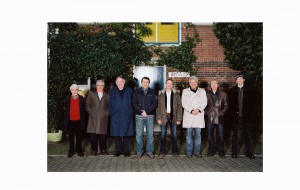 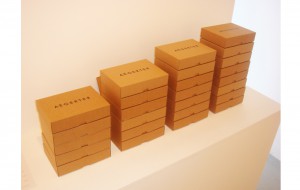