The Somnambulic Archive is a series of five jacquard tapestries based on photographs from the archive of the family Van Loon, from the Museum van Loon in Amsterdam.

The source photographs are interpreted into yarns, including phosphorescent threads. When viewed in darkness, the tapestries reveal a specific interpretation of the images.

Some of them, like the pair The Horse’s Guides, are socially loaded. In the original photograph the servant who had to hold the horse by the lead was scratched away and retouched with brown ink, camouflaging him into the muddy ground. In the tapestry at night, the removed figure’s aura alone vibrates over the landscape and in the space surrounding him.

In the other tapestries of the series, The Seance Book, Brulez Sans Ouvrir and The Photographer, the texts or auras appearing only in darkness are echoing of existential questionings and of emotional, irrational experiences.

Photographs from the archive of the Museum van Loon, Amsterdam 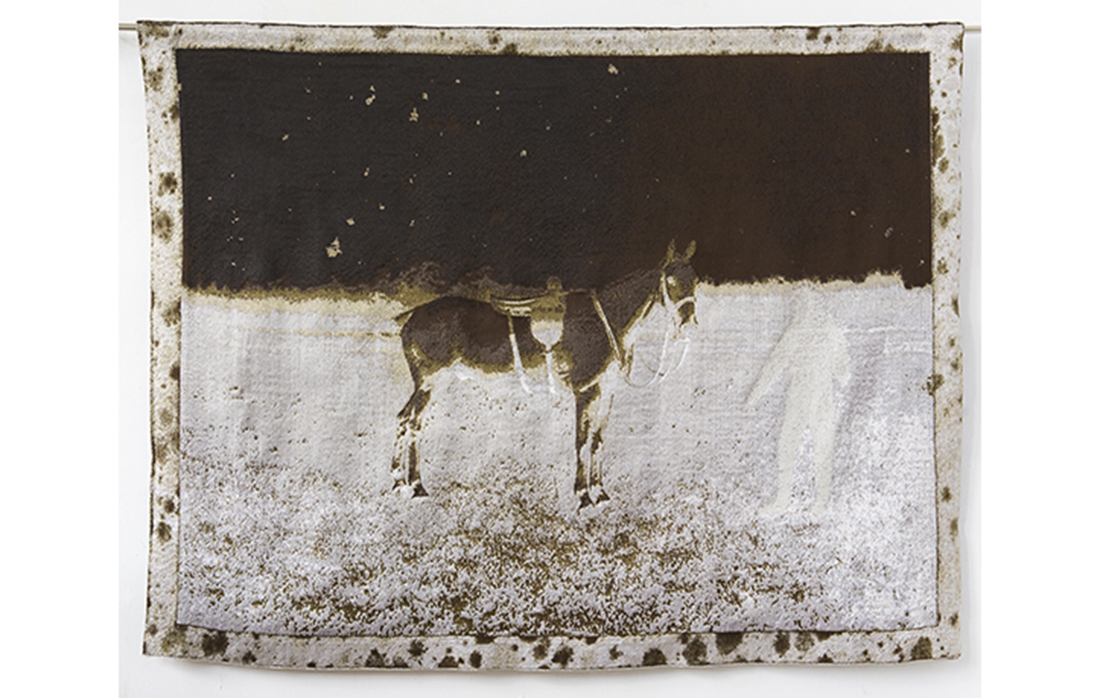 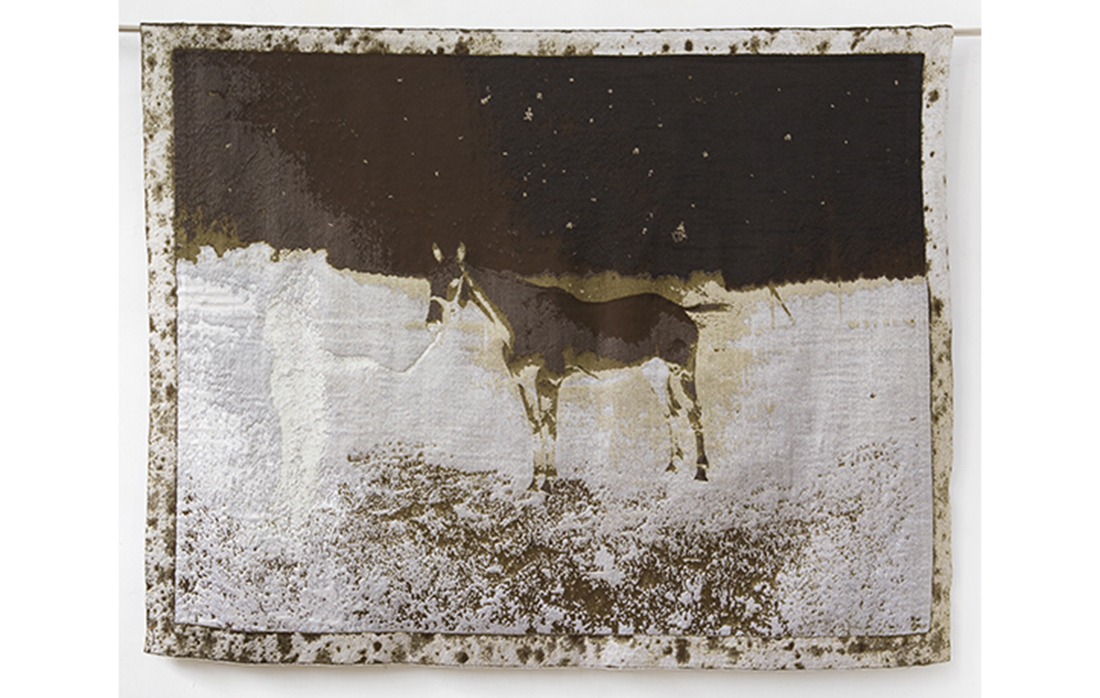 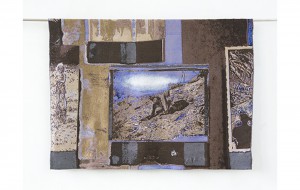