Trance consists of six voiles with prints from the Rijksmuseum’s Print Room showing a woman in various stages of ecstasy. During the séance she as it were stepped out of herself, as is witnessed by these photographs.

Where the images were first fixated in photographs, they are now ‘released’ with the aid of light and fabric and they remain in motion, altogether in line with the elusive state the woman is in. The reflections that are cast by the light in the library on the photographs in their plastic archival folders appear charged with meaning.

The voiles have been gathered in a single ‘archive’, a cardboard box with a hole. The ecstatic face is outlined above the box as in a three-dimensional hologram. 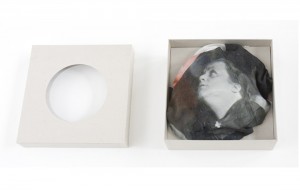 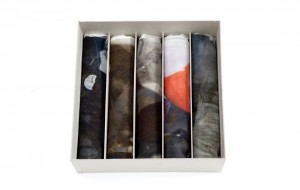 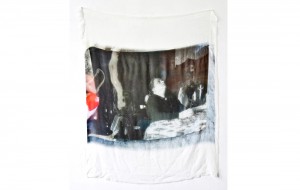