Opening Soon/Opening Now is a series of performative installations and autonomous photographs of a 9m2 prostitution cell in the center of Amsterdam.
As an artist-in-residence Aëgerter, together with the other participating artists, was given the tacit assignment to ‘purify’ a former brothel by means of art. By stacking various temporary functions, she reversed this uneasy position and turned it into a public space in a state of constant metamorfose.
Thus she set up, amongst others, a temporary library, a golf club, a snack bar and a public swimming pool in the former brothel. This rapid succession of ambitious services in an area measuring only 9 square metres, is typical of the irony with which she challenged the absurdity of this assignment.

A series of 18 silkscreened posters was developed for Opening Soon/Opening Now in collaboration with graphic designer Jennifer Skupin.

Artist-in-residence program of Stedelijk Museum Bureau, Amsterdam and the City of Amsterdam 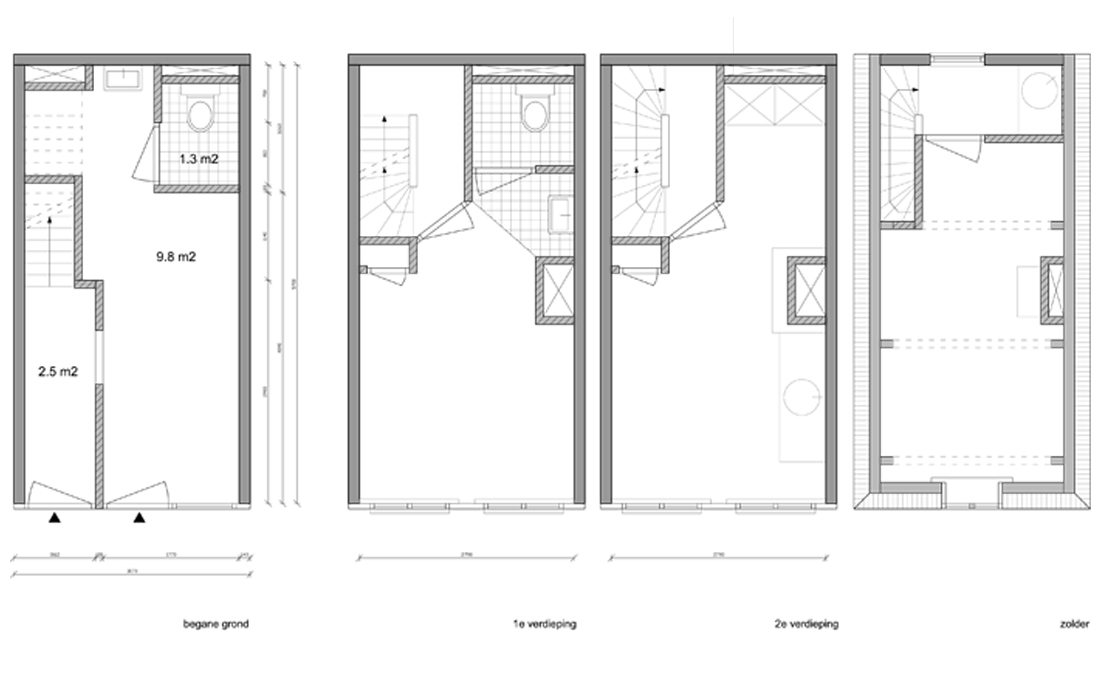 plan of the space